A Hunger for God 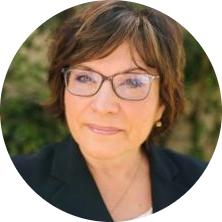 Many of us raised in the Greek culture understand that having company or “parea” is more than just a get-together – it’s almost a rite – with as many people as the house can hold, the almost formal procession of the roast lamb and pastitso from the kitchen to the dining table, and the blessing of the meal before everyone feasts, laughing and lingering together at the table. And we certainly appear to have integrated this hospitality and food tradition into our parish life. Our fabulous food festivals and Feast Day banquets are usually well known throughout our local communities. Most observers and insiders assume that it is the “Greek” influence that brings to our parishes an attention to food and gracious hospitality. But perhaps it is not so much the Greek in our midst which influences the “meal” orientation of our churches, but the sacramental nature of Orthodox Christianity which has influenced the Greek and other cultures that have embraced it. In the theology of the Church, human beings are properly understood as sacramental beings with a strong desire to share and participate “in fellowship” with God and with one another. Taking food, blessing it as a recognition that it comes as a gift from God, and sharing it, was – and still is – an important way to communicate a solidarity of heart and mind. This is koinonia – a New Testament word often translated as either “fellowship” or “communion.”

Meals are so prominent throughout the Holy Scriptures that Father Alexander Schmemann [1] of blessed memory, sees the banquet as the central image of the Bible.[2] He views the entire drama of salvation history – creation, the fall, and renewal in Christ – as being encapsulated within this concept of food and feasting. In the biblical story of creation, man[3] is presented as a hungry being, and the whole world is his food. God’s directives are few: Adam and Eve are told to propagate, to have dominion over the earth, and to eat. “See, I have given you every plant yielding seed that is upon the face of all the earth, and every tree with seed in its fruit; you shall have them for food” (Genesis 1:29). Even in paradise, human beings must eat in order to live. But in the garden of Eden, the food given to man (Adam) to partake of for life was given by God for communion with God. All that exists in creation “is divine love made food, made life for man”[4] God blessed everything He created, and that means all creation was made to be a sign of His presence, wisdom, love and revelation.

Certainly, human beings were not the only beings created to be hungry. All that lives must exist by “eating.” But humanity is the thing created to have a hunger, above all, for God. So it is not accidental that the biblical story of “the Fall” is again centered on food. Whatever else the forbidden tree and its fruit signified, it was the only fruit not offered as a gift to man. It was the only thing in creation not given, and not blessed by God. It was food whose eating “was condemned to be communion with itself alone, and not with God. It is the image of the world loved for itself, and eating it is the image of life understood as an end in itself”[5] according to Fr. Schmemann.

One of the images of the Eastern Orthodox understanding of original sin, therefore, is not that Adam disobeyed God, but that he ceased to be hungry for God, and for God alone.[6] This is not to say that Adam did not disobey God, for certainly Adam did – but rather there is a more important point which is too often wrapped up in the simple package “Adam disobeyed God.” Adam stopped seeing the entire world as a sacrament of communion or koinonia with God. He sought the creation as an end in itself. Since creation has no life or meaning in itself apart from God, Adam’s disobedience brought all creation into a realm of death.

According to the theology of Orthodox Christianity, God’s plan was not entirely obliterated by sin, but after the Fall, the planned union of God with humanity was impossible until human nature could triumph over sin and death. And not surprisingly, meals are featured prominently throughout the scriptural narratives of this lengthy process. In the Old Testament, God’s presence becomes known in feasts, famines and even the subsistence level gift of manna for the Israelites in the wilderness. In the New Testament, Jesus Christ is the manna from heaven which gives life (John 6:51) and the most important “banquets” feature His taking food, blessing it, and partaking of a meal in fellowship with others. He is the perfect Priest – the model Who honors His Father in all things – the antithesis of Adam, who forgot the Giver, in the seeking of the gifts. In the feeding of the five thousand, Jesus took the loaves, “blessed and broke them, and gave them to the disciples to set before the multitude” (Luke 9:16b). In the Last Supper “He took bread, gave thanks and broke it, and gave it to them, saying, “This is My body which is given for you; do this in remembrance of Me” (Luke 22:19). And in a post-resurrectional encounter, Jesus was recognized by the very act of His taking, blessing, breaking and sharing of bread (Luke 24.30).

As perfect human being, Jesus is the model of the proper way to partake of a meal in thanksgiving. As perfect God, Jesus is Himself the Bread of Life: “…he who feeds on Me will live because of Me…He who eats this bread will live forever” (John 6.57-58). Christ, the perfect Man, becomes the perfect Eucharist – He gives Himself, in total obedience, as an offering of love and thanksgiving to God, as a gift to us so that through Him we regain the eucharistic life that we lost in Adam. According to Saint Gregory the Theologian, “He hungered – but He fed thousands; He is the Bread that gives life, and That is of heaven. He thirsted – but He cried, If any man thirsts, let him come unto me and drink” (The Third Theological Oration, chapter XX).

The banquet then, is not only the image of life at creation, but also the image of life at its fulfillment. “And I bestow upon you a kingdom, just as My Father bestowed one upon Me, that you may eat and drink at My table in My kingdom…” (Luke 22:30). For those of us who live during the time between the two comings of Christ, it is the Holy Eucharist which allows us to participate now, if only momentarily, in the Great Banquet of the Kingdom of God in paradise. St. Ephrem the Syrian tells us that the banquet of paradise was the goal of creation all along, prepared from the beginning: “…whoever inhales it is overjoyed and forgets his earthly bread; this is the table of the Kingdom – blessed is He who prepared it in Eden” (Hymn XI, 15).

In his book, The Orthodox Way, Metropolitan Kallistos Ware observes that man does not merely live in the world, think about it and use it, but is able to consider the world as God’s gift – a sacrament of God’s presence and a means of communion with him.” [7] Human beings are therefore able to offer the entire world back to God as thanksgiving. And we do! As Orthodox Christians gather at the Divine Liturgy to be the Church – the Body of Christ – we bring the “ordinary” elements of bread and wine as an offering to be sanctified and mystically transformed into the Body and Blood of our Savior. “Offering You these gifts from Your own gifts, in all and for all” (The Liturgy of St. John Chrysostom). And we are to heed the invitation to partake at the Holy Banquet of the Eucharist with the understanding that it is the only “food” which brings True Life. Jesus said: “Unless you eat the flesh of the Son of Man and drink His blood, you have no life in you” (John 6:53).

But we are also called to live our entire lives in a eucharistic manner, not only at the Divine Liturgy. The degree to which we take the “ordinary” gifts of creation, bless them and offer them back to God, in fellowship, is the degree to which we come closer to the way of life intended for human beings in paradise. So we return to our own dining tables and parea with the understanding that it is really part of our “theological heritage” to gather at table with one another in hospitable sharing. But the good gifts of God’s creation only have meaning for us when we recognize in them God’s sustaining presence in the world. “Therefore by Him let us continually offer the sacrifice of praise to God, that is, the fruit of our lips, giving thanks to His name” (Hebrews 13:15). Ultimately, however, if we want true fulfillment, true fellowship, it will not be found at any banquet table, unless we first have a hunger for God. “Blessed are those who hunger and thirst for righteousness, For they shall be filled” (Matthew 5:6).

[3] The use of “man” best expresses the intended double meaning of both the singular “first” man, Adam, as well as his representation of all created humanity.