Skip to content
A Note on Political Theology – by Christos Yannaras

A Note on Political Theology 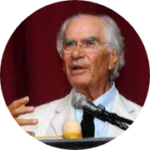 The following paper appeared in St. Vladimir’s Theological Quarterly, Volume 27, Number 1 (1983), pp. 53-56. The author, Christos Yannaras, is Emeritus Professor of Philosophy at the Panteion University of Social and Political Sciences in Athens, Greece. To English readers, he is best known for his books The Freedom of Morality and Elements of Faith: An Introduction to Orthodoxy, although he has published extensively in Greek.

The term political theology has, today in the West, a precise meaning: it signifies a group or a school of theologians who seek to explain the evangelical preaching of the salvation of humanity in categories offered by contemporary political theories, particularly those of the Marxist and neo-Marxist left.

This quest of political theology ranges from pure scientific research for a political interpretation of the texts of the Bible to the direct and active mobilization of theologians and clergy in radical socio-political movements. Behind each of the phases of this quest one can discern the classic problem of Western Christianity: the oscillation between the transcendent and the secular, between the abstract idealism of a conceptual metaphysics and the immediate affirmation and pursuit of material goods in life.

In both the texts of political theology and in the concrete activities of its representatives, it is easy to see that this oscillation, in arousing a certain inferiority of the faith, in the secularized milieu of western societies, is psychologically at the base of the entire problematic. In a world where political action permits man to forge his historical destiny and future with his own hands, the Christian faith is useless and inefficient. Being a Christian, by the standards of Western Christianity, means transposing the immediate problems of social prosperity and social progress into an abstract transcendence, or opposing these problems with the feeble passivity of in individual morality which, even if reasonably justified, is nonetheless totally unable to influence historical evolution in its entirety.

It seems, therefore, that for contemporary Christians in the West, political theology is psychologically counterbalancing this apparent inferiority of the faith. Political theology seeks the roots of revolutionary socio-political movements in the Bible itself. The Bible is seen as a text of political morality, a theory of revolution, which has as its goal a paradise-like society — a society without classes. Therefore, being a Christian today means above all else to engage in an active opposition to social injustice and political oppression. A demonstration is a cultural act, a revolutionary poster is a symbol of the faith, and unity in political action is the new form of ecclesial communion.

Yet, one could, very naively, pose the question: why isn’t it sufficient for me — purely and simply — to register myself with a political party or become a revolutionary? Why is it necessary that I be, in addition, also Christian? I fear it is precisely this question which reveals the psychological motivations of political theology.

However, my intention here is not to judge (above all, in so schematic a manner) this contemporary school, or the political theology movement. I would like, before all, to propose a meaning for — or an explanation of — the term political theology as it is related to the truth of Orthodox ecclesial life and tradition.

I believe such a meaning, such an interpretation, presupposes not only the truth and the criteria of Orthodox theology, but also a conception of politics radically different from the one found at the heart of Western European civilization. I mean by this a political theory and action not limited merely to social utility or to the conventional rules of human relations — even if these we more efficient — but which has as its goal the truth of man and the authenticity of his existence.

The politics which serve social utility and the rational regulation of rights and desires, or the relations between work and capital, has nothing to do with theology. It is a priori submitted to individual demands and their conventional limitations — i.e., to the necessary alienation of men transformed into impersonal social entities or neutralized objects destined only for economic and cultural development. Politics can be considered as a chapter of theology — a true political theology — when it takes upon itself serving man according to his nature and his truth; and consequently serving the political nature of humanity — i.e., the power of love, which is at the heart of existence and which is the condition of the true communion of persons, the true city, the true polis.

In other words, politics, to the measure to which it is the theory of true relationships and ascetic action in the service of the social needs and goals of humanity, is tied to the truth of theology. The truth of theology has nothing in common with the abstract ideology of a conceptual metaphysics. Rather, it signifies the concrete experience of the Church. The Church recognizes the truth of man in his trinitarian mode of being. The experience of the personal revelation of the triune God leads to the recognition of man as the image of God. This experience alone can manifest that the truth of the communion of persons is an ontological reality, or the natural mode of existence.

The political theory of the Church is the truth of the Holy Trinity, Fedorov used to say. And this truth is not a metaphysical principle, nor is it given as an intellectual idea. It is an incarnation in history; it is the person of the incarnate Word, who by the energies of the Spirit is the sign of the Father. It is the body of the Word, the Church herself, the body of Christ, totally in history and totally in the ultimate, the eschaton. The Church is the historical measure of the eschaton and the eschatological manifestation of the meaning of history. The image of the Church is a city, a polis, the holy city, new Jerusalem, which descends from heaven (Apoc. 21:2), an icon of the Trinity, a communion of persons and city of saints, an organic unity of the body of the faithful, where the first and the last, the sinners and the saints, are united to one another in a co-inherence of love, a fullness where they are mutually surrounded in love.

But this truth is a certitude only if one lives it and experiences it. The knowledge of life, the knowledge of eros, the knowledge of beauty, the knowledge of the other in personhood, presupposes, in effect, direct participation. One does not approach the truth with the intellect alone. One has to know how the saints assume humanity’s failure and sin, without any juridical or rationalist criterion. They assume human failure in the love of the ecclesial Trinitarian communion, and they re-establish the authenticity of existence in spite of it.

To this truth of the trinitarian mode of human existence, to this action which assumes and transfigures failure in communion, politics will again return when it will try to reach further than the conventions governing the claims of the individual and whenever its goal will be the existential authenticity of humanity’s social nature.

It goes without saying that the concrete search for such political action is connected to a living theological thought which nourishes political action in a creative manner. Political theology may then play the part played by prophecy — to incarnate the critical and radical irruption of truth in actual periods of historical life (the essence of prophecy not being to announce events which are supposed to happen, but rather the comprehension of the march of history and the historical obligations attached to each moment).

The language of prophecy — political theory based on a trinitarian model — is in every way critical because it compares the fullness of personal communion to our social reality. The most radical critique is the existence of the truth: The consubstantial Holy Trinity, said St Isaac the Syrian, is the only God. By nature he creates, anticipates and judges what has been made by him. This is why the language of political theology cannot be critical, in the sense that it would simply contradict other points of view. The more that prophecy is critical, the more directly it manifests the truth, transfiguring human failure to the measure of the revelation of the authenticity of human existence.

I think this is pretty nearly the way we ought to define an Orthodox theory of political theology. This definition would be the great obligation in theology incumbent upon the present generation of Orthodox.

(Translated from the French by Father Steven Tsichlis)