Consequences of the Fall

by Metropolitan Kallistos (Ware) of Diokleia
an excerpt from his book, The Orthodox Way 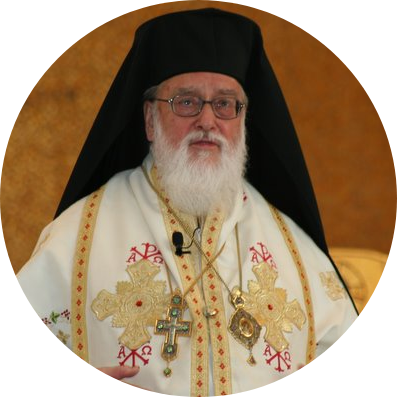 Created for fellowship with the Holy Trinity, called to advance in love from the divine image to the divine likeness, man chose instead a path that led not up but down. He repudiated the Godward relationship that is his true essence. Instead of acting as mediator and unifying centre, he produced division: division within himself, division between himself and ‘other men, division between himself and the world of nature. Entrusted by God with the gift of freedom, he systematically denied freedom to his fellows. Blessed with the power to reshape the world and to endue it with fresh meaning, he misused that power in order to fashion instruments of ugliness and destruction. The consequences of this misuse, more particularly since the industrial revolution, have now become hideously apparent in the rapid pollution of the environment.

The original sin of man, his turning from God-centredness to self-centredness, meant first and foremost that he no longer looked upon the world and other human beings in a eucharistic way, as a sacrament of communion with God. He ceased to regard them as a gift, to be offered back in thanksgiving to the Giver, and he began to treat them as his own possession, to be grasped, exploited and devoured. So he no longer saw other persons and things as they are in themselves and in God, and he saw them only in terms of the pleasure and satisfaction which they could give to him. And the result of this was that he was caught in the vicious circle of his own lust, which grew more hungry the more it was gratified. The world ceased to be transparent — a window through which he gazed on God — and it grew opaque; it ceased to be life-giving, and became subject to corruption and mortality, For dust thou art, and unto dust shalt thou return (Gen. 3:19). This is true of fallen man and of every created thing, so soon as it is cut off from the one source of life, God himself.

The effects of man’s fall were both physical and moral. On the physical level human beings became subject to pain and disease, to the debility and bodily disintegration of old age. Woman’s joy in bringing forth new life became mixed with the pangs of childbirth (Gen. 3:16). None of this was part of God’s initial plan for humanity. In consequence of the fall, men and women also became subject to the separation of soul and body in physical death. Yet physical death should be seen, not primarily as a punishment, but as a means of release provided by a loving God. In his mercy God did not wish men to go on living indefinitely in a fallen world, caught for ever in the vicious circle of their own devising; and so he provided a way of escape. For death is not the end of life but the beginning of its renewal. We look, beyond physical death, to the future reunion of body and soul at the general resurrection on the Last Day. In separating our body and soul at death, therefore, God is acting like the potter: when the vessel upon his wheel has become marred and twisted, he breaks the clay in pieces so as to fashion it anew (compare Jer. 18:1-6). This is emphasised in the Orthodox funeral service:

Of old thou hast created me from nothing, And honoured me with thy divine image; But when I disobeyed thy commandment, Thou hast returned me to the earth whence I was taken.

Lead me back again to thy likeness, Refashioning my ancient beauty.

On the moral level, in consequence of the fall, human beings became subject to frustration, boredom, depression. Work, which was intended to be a source of joy for man and a means of communion with God, had now to be performed for the most part unwillingly, in the sweat of the face (Gen. 3:19). Nor was this all. Man became subject to inward alienation: weakened in will, divided against himself, he became his own enemy and executioner. As St Paul puts it, I know that in me (that is, in my flesh) dwells nothing good. I am able to choose with my will, but how I am actually to carry out what is good I do not know. For the good which I choose I do not do; but the evil which I do not choose, that I do . . . O wretched man that I am! Who will deliver me? (Rom. 7:18,19,24). Here St Paul is not just saying that there is a conflict within us between good and evil. He is saying that, all too often, we find ourselves morally paralysed: we sincerely desire to choose the good, but we find ourselves caught in a situation where all our choices result in evil. And each of us knows from personal experience exactly what St Paul means.

St Paul, however, is careful to say: I know that in my flesh dwells nothing good. Our ascetic warfare is against the flesh, not against the body as such. Flesh is not the same as body. The term flesh, as used in the passage just quoted, signifies whatever within us is sinful and opposed to God; thus it is not only the body but the soul in fallen man that has become fleshly and carnal. We are to hate the flesh, but we are not to hate the body, which is God’s handiwork and the temple of the Holy Spirit. Ascetic self-denial is thus a fight against the flesh, but it is a fight not against but for the body. As Fr Sergei Bulgakov used to say, Kill the flesh, in order to acquire a body. Asceticism is not self-enslavement, but the way to freedom. Man is a tangled mesh of self-contradictions: only through asceticism can he gain spontaneity.

Asceticism, understood in this sense as a struggle against the flesh, against the sinful and fallen aspect of the self, is clearly something that is required from all Christians, and not only from those under monastic vows. The monastic vocation and that of marriage — the way of negation and the way of affirmation — are to be seen as parallel and complementary. The monk or nun is not a dualist but, to the same degree as the married Christian, is seeking to proclaim the intrinsic goodness of the material creation and of the human body; and, by the same token, the married Christian is called to asceticism. The difference lies solely in the outward conditions under which the ascetic warfare is carried on. Both alike are ascetics, both alike are materialists (using the word in its true Christian sense). Both alike are sin-denying and world-affirming.

The Orthodox tradition, without minimising the effects of the fall, does not however believe that it resulted in a total depravity, such as the Calvinists assert in their more pessimistic moments. The divine image in man was obscured but not obliterated. His free choice has been restricted in its exercise but not destroyed. Even in a fallen world man is still capable of generous self-sacrifice and loving compassion. Even in a fallen world man still retains some knowledge of God and can enter by grace into communion with him. There are many saints in the pages of the Old Testament, men and women such as Abraham and Sarah, Joseph and Moses, Elijah and Jeremiah; and outside the Chosen People of Israel there are figures such as Socrates who not only taught the truth but lived it. Yet it remains true that human sin — the original sin of Adam, compounded by the personal sins of each succeeding generation — has set a gulf between God and man such that man by his own efforts could not bridge.

For the Orthodox tradition, then, Adam’s original sin affects the human race in its entirety, and it has consequences both on the physical and the moral level: it, results not only in sickness and physical death, but in moral weakness and paralysis. But does it also imply an inherited guilt? Here Orthodoxy is more guarded. Original sin is not to be interpreted in juridical or quasi-biological terms, as if it were some physical taint of guilt, transmitted through sexual intercourse. This picture, which normally passes for the Augustinian view, is unacceptable to Orthodoxy. The doctrine of original sin means rather that we are born into an environment where it is easy to do evil and hard to do good; easy to hurt others, and hard to heal their wounds; easy to arouse men’s suspicions, and hard to win their trust. It means that we are each of us conditioned by the solidarity of the human race in its accumulated wrong-doing and wrong-thinking, and hence wrong-being. And to this accumulation of wrong we have ourselves added by our own deliberate acts of sin. The gulf grows wider and wider.

It is here, in the solidarity of the human race, that we find an explanation for the apparent unjustness of the doctrine of original sin. Why, we ask, should the entire human race suffer because of Adam’s fall? Why should all be punished because of one man’s sin? The answer is that human beings, made in the image of the Trinitarian God, are interdependent and coinherent. No man is an island. We are members one of another (Eph. 4:25), and so any action, performed by any member of the human race, inevitably affects all the other members. Even though we are not, in the strict sense, guilty of the sins of others, yet we are somehow always involved.

When anyone falls, states Aleksei Khomiakov, he falls alone; but no one is saved alone. Should he not have said also that no one falls alone? Dostoevsky’s Starets Zosima in The Brothers Karamazov comes closer to the truth when he says that we are each of us responsible for everyone and everything: