Skip to content
Ecumenical Dialogue and Philanthropic Work with Other Christians at St. Paul’s

St. Paul’s has a long history of ecumenical engagement, beginning with our founding pastor, Father George Stephanides (1933-1996), who established a wonderful working relationship with Father Colm Conlon, the founding pastor of St. John Neumann Roman Catholic Church, more than 40 years ago. Early evidence of the friendship between these two men and cooperation between our two parishes occurred during Holy Week and Easter in 1984 when both Roman Catholic and Orthodox Christians celebrated Easter on the same date – April 22nd – and St. John Neumann graciously opened the doors of their Church to St. Paul’s for services. At that time, St. Paul’s was meeting at Woodbridge High School, but Father Stephanides felt it was especially important that Holy Week and Easter services be held in a Church and not just a high school gymnasium. An article in the Irvine World News at the time mentions that “each Church will hold its own services – 15 services for St. Paul’s families and 10 for St. John Neumann’s families.”  The article goes on to mention that Father Stephanides “asked his congregation to attend the Roman Catholic services” and Father Conlon said, “we have encouraged our people to attend the Greek services, too.” 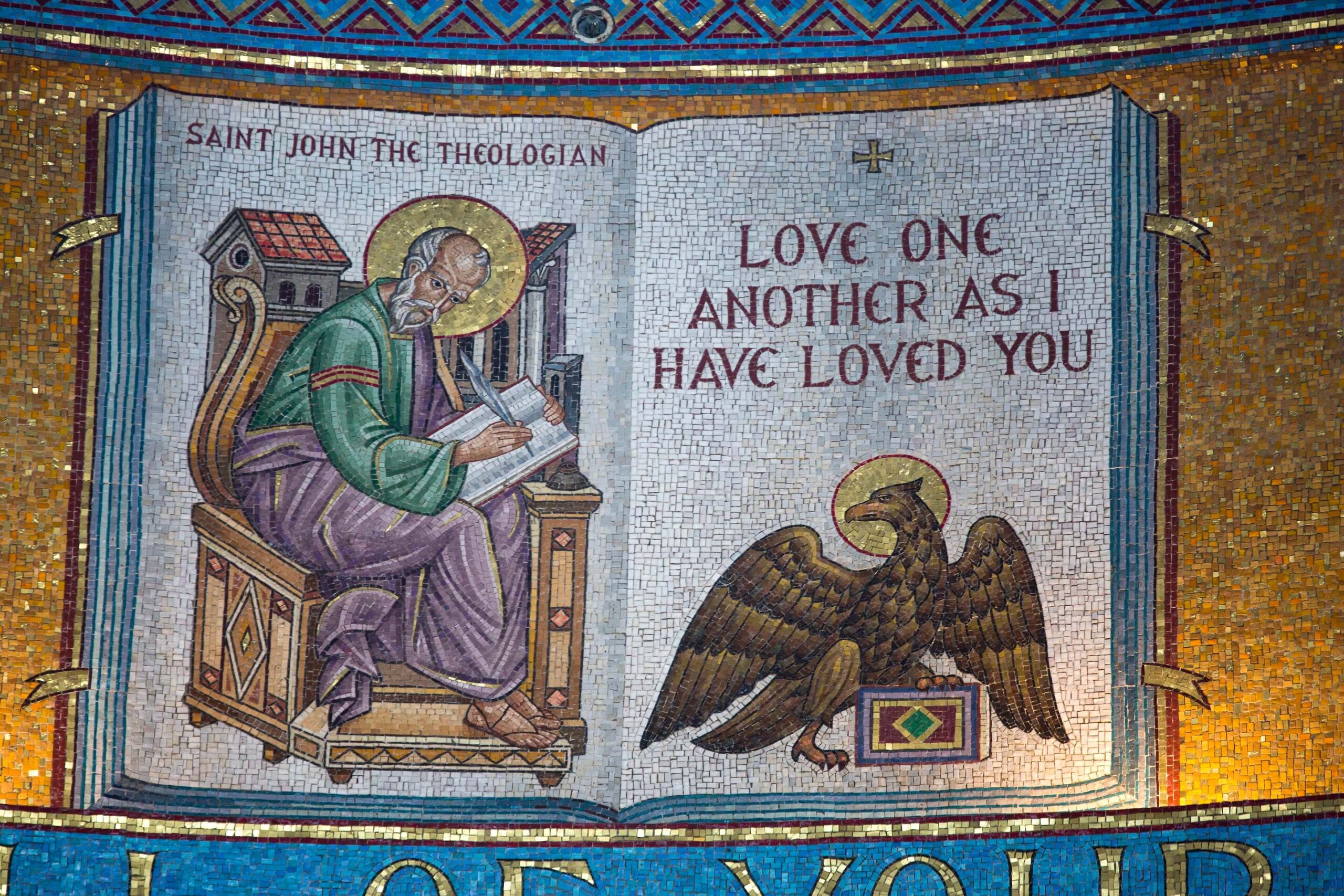 Since September, 2000 – at the beginning of the third Christian millennium – 25 parishioners from St. Paul’s Greek Orthodox Church and St. John Neumann Roman Catholic Church have gathered together on a regular basis for a Christian book club that provides an opportunity to pray and study together, exploring our roots in the first thousand years of Christian history and engaging in ecumenical dialogue at a grassroots level. Originally led by Mr. Eugene O’Toole, who was then the director of adult educational ministries at St. John Neumann and Father Steve on behalf of St. Paul’s, in 2012 the fellowship expanded to include the Coptic Orthodox community with Father Kyrillos Ibrahim and St. Paul’s American Coptic Orthodox Church joining in. We have now read more than 120 books together over the years on topics ranging from Scripture studies and lives of the saints to prayer and the liturgical and sacramental life of our communities. To learn more:  https://stpaulsirvine.org/orthodox-and-roman-catholic-book-club/

For the past 15 years, St. Paul’s has participated in Orthodox and Catholics Together, Orange County www.octoc.org which sponsors an annual Service of Prayer for Christian Unity at Pentecost that gathers together Roman Catholic, Eastern Catholic, Eastern Orthodox, Oriental Orthodox and Assyrian churches for common prayer to the Holy Spirit to lead us towards unity. Hundreds of people attend every year, with as many as 20 clergy and 6 choirs participating. St. Paul’s has hosted this service twice, in 2007 and 2019. This event was begun by a Roman Catholic laywoman, Irma Contreras, and soon St. Paul’s Dorothea Love – whom Father Steve had asked to be St. Paul’s “ecumenical officer” – got involved.  As Ms. Contreras says, this is “a grassroots effort to assist in allowing us to get to know one another. Nowhere else can people come together and experience prayer in so many different liturgical traditions: Armenian, Coptic, Greek, Slavic and Latin/Roman.”

On October 10, 2014, at the height of the persecution of Christians by the Islamic State (ISIS), St. Paul’s hosted a Prayer Vigil for Persecuted Christians in the Middle East attended by 20 priests and 5 choirs representing the Greek Orthodox, Coptic Orthodox, Roman Catholic, Eastern Catholic, Assyrian and Armenian Apostolic churches. The theme of the evening was taken from St. Paul’s Second Letter to Timothy: “All who want to live a godly life in Christ Jesus will be persecuted” (2 Timothy 3:12). In the service that night we prayed for both “all those who are persecuted for their faith in Christ in Iraq, Syria, Egypt, the Sudan, Iran and everywhere in the world, that they may be delivered from violence and strengthened in their witness by the power of the Holy Spirit” and for “all those who have been martyred for their faith in Christ, that they may find rest in the bosom of Abraham and be numbered among the saints in His Kingdom.” Father Steve preached the sermon. In a special tray passed at the end of the evening, more than $12,000 was collected to send to Roman Catholic and Orthodox Christian relief agencies working with Christian refugees in the Middle East.

It was also out of the Catholic/Orthodox book club and the reading of two books by Father Greg Boyle, S.J. – Tattoos on the Heart and Barking at the Choir – that Father Boyle was invited to St. Paul’s on September 24, 2019 to share the story of the founding and ongoing work of Homeboy Industries in Los Angeles, the world’s largest gang-intervention and rehabilitation program. You can listen to his very moving presentation. That evening more than $10,000 was collected for Homeboy Industries to continue its work offering hope, employment and a way out of gang life.

Want to become an event sponsor?